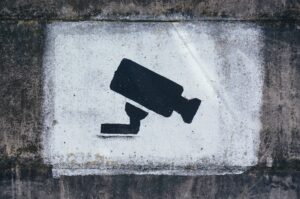 The Freedom of Information Act has made great strides in public transparency in young democracies and developing countries. Information that was previously not shared by governments is now published on the Internet.

It is also undeniable that to ensure the security of citizens on the World Wide Web, a personal data protection law was needed. However, in Brazil, for example, this discussion has become complex.

The federal government has used the personal data protection law as an excuse to prevent the release of public data, taking a step backwards in public transparency. And there is already a lot of evidence of this bad practice.

What is the Data Information Law?

When it comes to Data Protection Law, the impacts on society are clear. Basically, it consists in protecting the sensitive information of individuals.

Personal data (e.g., name, location address, health information and others) is exposed all the time, due to the use of apps that track location, types of videos watched, information searched and what was communicated on different social media platforms. In the end, what ensures that privacy is protected, and personal data is not used for commercial purposes? 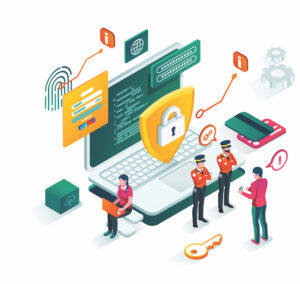 The privacy laws developed in different countries have this aim, and the GDPR (General Data Protection Regulation) have an important role in the topic.

These regulations came into force on May 25, 2018 in the European Union, and they essentially guarantee that all information collected from individuals won’t be used without their consent, it acts against misuse of data, among other things that reinforce that concept.

Other countries were inspired on GDPR to create their regulations, Brazil was one of them, the so-called LGPD (Lei Geral de Proteção de Dados) was published on August 14, 2018 (almost three months after the GDPR regulations), and has the purpose of ensuring the security of online data, giving this responsibility to all types of entities that deal with Brazilian citizens‘ data. 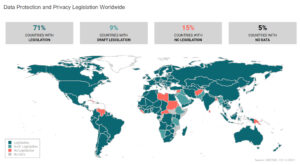 What is the Freedom of Information Act?

In Brazil, the Freedom of Information Act allowed journalists and society access information from the government and other official sources about topics which included the usage of public money, public agents’ salaries and many other important data that could change the social perspective. 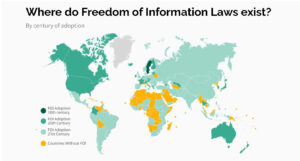 If the law did not exist, journalists would not have been able to publish many impacting stories, especially those dealing with public expenses, huge salaries of politicians and judges and impacts on health and education. 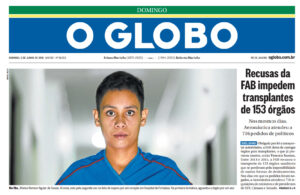 Figure 5: Refusals by the Brazilian Air Force (FAB) block transplants of 153 organs. In the same days, the Air Force served 716 orders by politicians, who were allowed to travel for free anywhere in Brazil and had priority (© O Globo, 2016)

Since it is a military agency, there was no open data on flights. The Freedom of Information Act was therefore essential to obligate the military to provide data. The articles also showed the consequences of these numbers.

The impact of this series of articles was huge. One day after the main article, the president Michel Temer signed a decree, that forces FAB to use an airplane to transport organs – it means this should be the priority.

During the coronavirus pandemic, journalists in Brazil use more than never Freedom of Information Act to obtain data about patients and deaths.

The law helped G1, a big Brazilian news portal, to identify that 703 people have died waiting for Intensive Care Units (ICU) in 15 months in Distrito Federal, where Brazilian’s capital is located.

The pandemic brought many conflicts between the journalists and the government, that for some weeks alleged technical problems and didn’t share the number of infected or deaths. The crise was so big that a group between the main media companies was created to find an alternative to data collection.

The Freedom of Information Act was also important in revealing, for the first time, how much public employees and politicians earn. Several articles in the last 10 years have revealed illegal conduct by employees earning more than twice the amount allowed by law.

Local governments are obligated to publish monthly data on the earnings of each employee, including their names and departments.

Side effects: when does the conflict start?

Since the Freedom of Information Act started being applied in Brazil, between 2011 and 2012, more than 1 million requests were already made by journalists, citizens, researchers and other groups.

After many years of social impact, however, The Freedom of Information Act faces a new challenge in Brazil: a conflict with the new Personal Data Protection Law. Federal and local governments have used the Personal Data Protection Law as an excuse to prevent the release of public data required under the Freedom of Information Act. Governments usually argue that „sensitive personal data“ exists, even when no personal data is requested by citizens and journalists.

According to an article published at UOL in May 2022, a study showed that 26,5% of the requests using the Freedom of Information Act were rejected by Jair Bolsonaro´s government using as an explanation the “need for information confidentiality”.

The rejections happened between January 2019 and December 2021. The number is two times higher than during Dilma Rousseff’s government (2011 – 2016).

One of the most recent cases was in March 2022, after a meeting between President Jair Bolsonaro and pastors at the official government head office in Brasília. The pastors were investigated by Federal Police, suspected of lobbying activities.

According to the police, they were suspected of asking for bribes to send money from the Ministry of Education to local governments. Via the Freedom of Information Act, journalists requested to access the information about the visits from the pastors to Jair Bolsonaro, but the government used items based on Data Protection Law to deny the requisition.

At the same time, the Ministry of Education decided to suspend the release of detailed data from the School Census, a good practice of public transparency released annually since the 1990s, with information about the conditions of public and private schools, students and teachers in the country.

Now there is only summarized open data. Researchers and journalists can no longer analyze student and teacher data and cross-check it with other public databases for investigations.

Figure 6: Requests made through the Freedom of Information Act denied by the Brazilian government, which claimed they ‚disrespected‘ the personal data protection law (Source: Fiquem Sabendo, 2022)

Once again, the Ministry of Education’s justification is that the old format of publication was in violation of the Personal Data Protection Law, even if the data was already anonymized (i.e. without any personal identifying data).

This is another point that still seems unclear. A study released in May 2022, with denied information by the federal government in reply to requests based on Freedom of Information Act, indicated that 60% of the government refusals mention the Personal Data Protection Law as a reason. In 10% of theses denied requests, citizens requested access to anonymized databases.

In the age of big data, a dilemma emerges especially in young democracies. On the one hand, citizens are vulnerable to personal data leakage and misuse of private information for commercial or illicit purposes. On the other hand, in countries with a high rate of corruption and distrust of those in power, more and more public transparency is required.

However, it is dangerous when authorities take advantage of this dichotomy and use privacy as an argument to hide information, as we explained above about Brazil. The challenge is to balance the forces to ensure citizens‘ privacy without hiding public information relevant to the exercise of citizenship and the fight against corruption.

Presentation: The collision of two laws on data and its impacts to democracy (2)-pages-1-24

The case for and against the movement

When a meme becomes a product.